The main principle is the photoelectric effect: when light irradiates the material, the electrical effect on the material changes. The electrical effect here includes electron emission, electrical conductivity, and potential current. Obviously, devices that can easily produce such effects become the main components of photoelectric sensors, such as photoresistors. In this way, we know that the main work flow of the photoelectric sensor is to receive the corresponding light irradiation, the light energy is converted into electrical energy through devices like photoresistors, and then through the processing of amplification and noise removal, the required output is obtained. electric signal. The output electrical signal here has a certain relationship with the original optical signal, which is usually close to a linear relationship, so the calculation of the original optical signal is not very complicated. The principles of other physical sensors can be compared to photoelectric sensors.

Another example is the most common body surface temperature measurement process. Although it seems easy, it has a complicated measurement mechanism. The body surface temperature is determined by various factors such as local blood flow, the heat conduction of the underlying tissues, and the heat dissipation of the epidermis. Therefore, the measurement of skin temperature must take into account various influences. Thermocouple sensors are mostly used in temperature measurement, usually rod-shaped thermocouple sensors and thin film thermocouple sensors. Because the size of the thermocouple is very small, the accuracy can be achieved at the micron level, so the temperature at a certain point can be measured more accurately, plus the later analysis and statistics, a more comprehensive analysis result can be obtained. This is unmatched by traditional mercury thermometers, and it also demonstrates the broad prospects that the application of new technologies will bring to scientific development.

It can be seen from the above introduction that only in biomedicine, physical sensors have a variety of applications. The development direction of the sensor is a multifunctional, imaged, and intelligent sensor. As an important means of data acquisition, sensor measurement is an indispensable device for industrial production and even family life. Physical sensors are the most common sensor family. Flexible use of physical sensors will inevitably create more products and better benefits.

In recent years, sensors have been developing in the direction of sensitivity, accuracy, adaptability, compactness and intelligence. In this process, fiber optic sensors, a new member of the sensor family, are very popular. Optical fiber has many excellent properties, such as: anti-electromagnetic interference and atomic radiation performance, small diameter, soft, light-weight mechanical properties, insulation, non-inductive electrical properties, water resistance, high temperature resistance, corrosion resistance, chemical properties, etc. It can play the role of human ears in places that people cannot reach (such as high temperature areas) or areas that are harmful to humans (such as nuclear radiation areas), and it can also transcend human physiological boundaries and receive human senses. External information that you can't feel.

Fiber optic sensors are a new technology that has emerged in recent years, which can be used to measure a variety of physical quantities, such as sound field, electric field, pressure, temperature, angular velocity, acceleration, etc., and can also complete measurement tasks that are difficult to complete with existing measurement technologies. In a small space, in a strong electromagnetic interference and high voltage environment, fiber optic sensors have shown unique capabilities. At present, there are more than 70 kinds of optical fiber sensors, which are roughly divided into optical fiber sensors and sensors using optical fibers. Optical fiber is a late-stage show in the sensor family. It is widely used due to the excellent performance of optical fiber. It is a kind of sensor worth noting in production practice.

The biomimetic sensor is a new type of sensor that adopts a new detection principle. It uses immobilized cells, enzymes or other biologically active substances in conjunction with a transducer to form a sensor. This sensor is a new type of information technology developed by the mutual penetration of biomedicine, electronics and engineering in recent years. This kind of sensor is characterized by high performance and long life. Among the bionic sensors, the more commonly used ones are bio-simulated sensors.

In the near future, biomimetic sensors for smell, taste, hearing, and touch that simulate biological functions will appear, which may exceed the sensitivity of human five senses and improve the current robot's vision, taste, touch, and ability to manipulate objects. We can see the broad prospects for the application of bionic sensors, but these require the further development of biotechnology, and we will wait and see the arrival of this day. 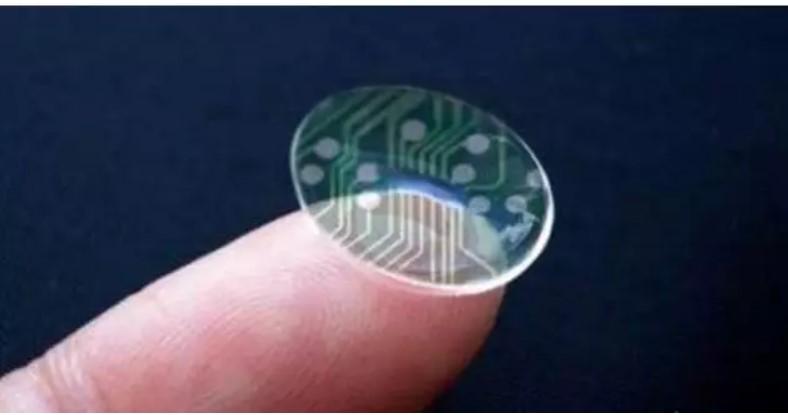 Infrared technology has been developed to the present and is already well known to everyone. This technology has been widely used in modern science and technology, national defense, industry and agriculture and other fields. Infrared sensing system is a measurement system using infrared as the medium, which can be divided into five categories according to its functions: ①Radiometer, used for radiation and spectrum measurement; ②Search and tracking system, used to search and track infrared targets, determine their spatial position and Track its movement; ③Thermal imaging system, which can produce the distributed image of the entire target's infrared radiation; ④Infrared ranging and communication system; ⑤Hybrid system, refers to the combination of two or more of the above types of systems .

The core of the infrared system is the infrared detector. According to the different detection mechanism, it can be divided into two categories: thermal detector and photon detector. Let's take the heat detector as an example to analyze the principle of the detector.

The thermal detector uses the radiant heating effect to cause the temperature of the detector element to rise after receiving the radiant energy, which in turn causes the temperature-dependent performance of the detector to change. Radiation can be detected by detecting a change in one of the properties. In most cases, radiation is detected by pyroelectric changes. When the component receives radiation and causes a physical change of non-electricity, the corresponding change of electric quantity can be measured after appropriate transformation. 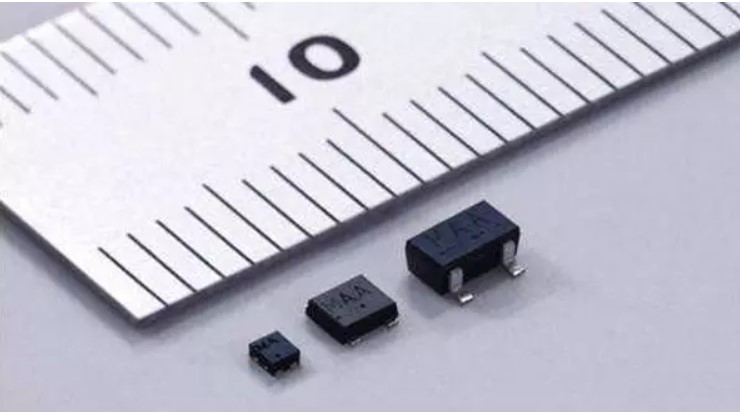 Among the electromagnetic effect sensors used today, the magnetic rotation sensor is an important one. The magnetic rotation sensor is mainly composed of semiconductor magnetoresistive elements, permanent magnets, holders, and housings. The typical structure is to install a pair of magnetoresistive elements on the stimulation of a permanent magnet. Good reliability. The magnetic rotation sensor has many advantages that the semiconductor magnetoresistive element cannot compare to the shape of an electromagnetic sensor. In addition to having a high sensitivity and a large output signal, it also has a strong speed detection range, which is the result of the development of electronic technology. In addition, this sensor can also be used in a wide temperature range, has a long working life, has a strong ability to resist dust, water and oil, so it can withstand various environmental conditions and external noise. Therefore, this kind of sensor is widely valued in industrial applications.

More prominently, electromagnetic sensors are a high-tech with a wide range of applications. A certain amount of scientific research has been put into research at home and abroad. The application of this type of sensor is penetrating into various fields of the national economy, national defense construction and people’s daily lives. With the arrival of the information society, its status and role will surely be. 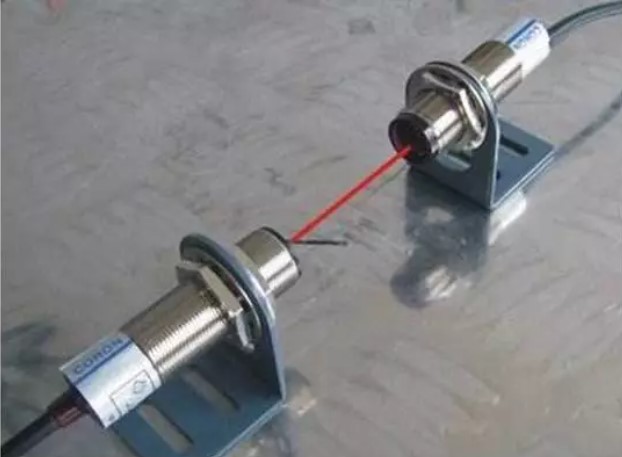 Modern electrical measurement technology is becoming more and more mature. It has been widely used in the measurement of electrical and non-electrical quantities due to its high accuracy and easy connection of microcomputers to realize automatic real-time processing. However, the electrical measurement method is susceptible to interference. In AC measurement, the frequency response is not wide enough and there are certain requirements for withstand voltage and insulation. Today, the rapid development of laser technology has been able to solve the above-mentioned problems.

The magneto-optical effect sensor is a high-performance sensor developed using laser technology. Laser is another new technology that has been rapidly developed in the early 1960s. Its appearance indicates that people have entered a new stage of mastering and using light waves. Due to the low monochromaticity of ordinary light sources in the past, many important applications have been restricted, and the emergence of lasers has enabled radio technology and optical technology to advance by leaps and bounds, infiltrate and complement each other. Nowadays, many sensors have been made using lasers, which have solved many technical problems that could not be solved before, making it suitable for dangerous and flammable places such as coal mines, oil and natural gas storage. 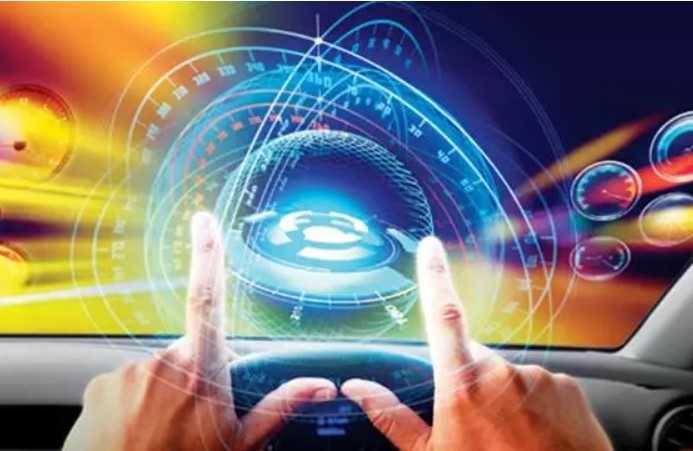