Affected by multiple factors such as the “531 policy” and the arrears of new energy subsidies, PV development once fell into a trough. In 2019, due to the delay in the relevant industrial policies, the newly installed PV installed capacity dropped sharply in the first half of the year. Following the introduction of important policies such as the 2019 PV New Deal, many industry insiders said that due to the gradual clarification of policies, the photovoltaic industry may show explosive growth in the second half of the year.

Some insiders pointed out that in the first half of the year, a number of innovative policies and key mechanisms were concentrated, which clarified the electricity price mechanism and construction work of the incremental projects in 2019, and pointed out the direction for various types of stock projects and applicable electricity price policies. In particular, on May 30, the National Energy Administration issued the "Notice of the National Energy Administration on matters related to the construction of wind power and photovoltaic power generation projects in 2019", requesting further efforts to increase competition allocation and clarifying the boundary conditions of the project.

The policy requires the improvement of the project competition allocation mechanism that requires state subsidies, and reduces the dependence of industry development on state subsidies. Under the guidance of the policy, in 2019, the development orientation of wind power and photovoltaic power generation will be adjusted to adhere to steady progress, accelerate technological progress and reduce subsidy intensity, coordinate project construction and consumption capacity, and achieve high-quality development.

Wang Bohua, secretary-general of China Photovoltaic Industry Association, said: "With policy-driven, in the second half of 2019, China's PV industry will face a policy adjustment period with the goal of 'improving quality, reducing costs and increasing efficiency'. A technological change, innovation and continuous market adjustment period." Thanks to the clear policy, domestic affordable online projects and bidding projects are gradually released, the photovoltaic market is expected to usher in explosive growth in the second half of the year, when the supply chain part of the supply or Will be tight.

In the process of gradually achieving parity online, the profit margin of the photovoltaic industry is facing a continuous decline. In order to ensure continuous research and development and technological innovation, mergers and acquisitions in the industry will become the norm. Enterprises with technological accumulation advantages, management system advantages and ecological brand advantages will stand out. . At the same time, the industrial expansion will continue to accelerate, the concentration of the head enterprises will increase, the industry elimination rate will be further increased, and some uncompetitive enterprises will be expelled from the photovoltaic market. Industrial integration and the survival of the fittest are conducive to promoting the sound development of the photovoltaic industry. 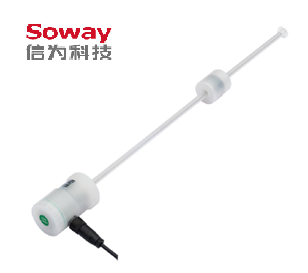